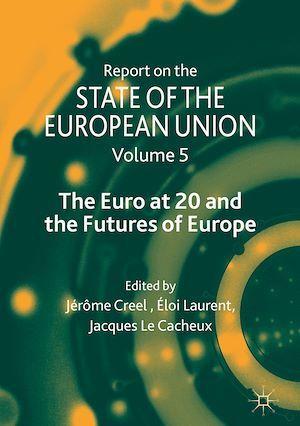 Report on the State of the European Union

This volume, the fifth instalment of the classic Report on the European Union series, offers at once an economic and intellectual historical perspective on the creation of the euro and its 20 first years, a comprehensive review of the current and future challenges of the euro area, including a critical look at the different options for the reform of its governance and institutional architecture and finally a close look at the "new euros", i.e. the ambitious projects that could instil a new life into the stalled European project. It covers a wide range of key economic and social topics such as monetary and fiscal policy, tax competition, the EU budget, structural policy, inequality, gender equality, post carbon economy, well-being advancement and democracy. Weakened by a decade of economic crisis and shaken by the awakening of populism, the European project faces three disintegrations: democratic disaffection, monetary and financial fragmentation and territorial dislocation. If EU member states want to escape those looming risks, they must, as they always have in the last five decades, reinvent Europe in order to save it.